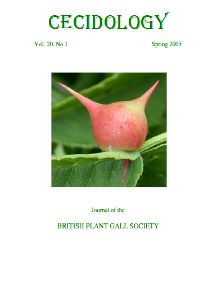 Cecidology - the twice-yearly journal of the BPGS.  Free to members.

The Spring 2005 issue can be read online via the links below.  Further back issues may be added in due course. 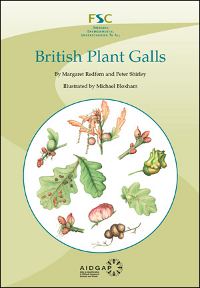 This is the definitive guide to the plant galls of Britain and Ireland.  It contains illustrated keys to all galls likely to be found in the British Isles, and significantly updates the 2002 edition with many taxonomic changes, new galls and improved drawings.  It also contains a useful introduction to the study of galls. 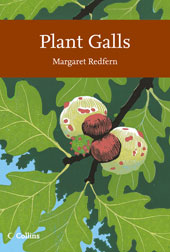 Provides much-needed insight into the variety of galls of different types caused by a wide range of organisms including fungi, insects and mites. The author discusses the ecology of galls and focuses on communities of organisms within galls, the evolution and distribution of galls, as well as human and historical perspectives.

Available from the publishers.  Price £30.00 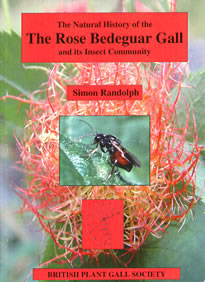 The Natural History of the Rose Bedegaur Gall and its Insect Community by Simon Randolph, published by the British Plant Gall Society.

The gall known as the Rose Bedeguar or Robin's Pincushion is a common, stikingly conspicuous and attractive gall, usually found on wild dog roses. It is caused by a tiny gall wasp, Diplolepis rosae, that lays its eggs in the plant's leaf buds.

This book reviews the wealth of scientific literature on this gall and summarises our present knowledge of it, constructing from this wide ranging research a detailed and fascinating account of the life history of the wasp, the parasitoids which attack it (and, in some cases, each other) and the way in which the gall develops in response to the wasp's egg laying 'attack' on its host, the dog rose.


The Natural History of the Rose Bedeguar Gall - Field Work and Keys to the Insect Inhabitants by Robin Williams, published by the British Plant Gall Society

This is the second volume about bedeguar galls and focuses on the inhabitants of the galls. They are described and comprehensive keys to their identification are provided, together with information about flight periods, distribution maps and data relating to the whole project. A CD is included containing a spreadsheet with more than 4,000 records of insects associated with this gall. This companion to the Natural History of the Rose Bedeguar Gall completes the ground-breaking bedeguar gall project which is probably the most intensive study of this gall and its inhabitants ever carried out.

OAK-GALLS IN BRITAIN, by Robin Williams

After some 14 years gestation, ‘Oak-galls in Britain’ is finished, all 453 pages – at least as far as it will never be complete in the world of entomology where change is a built-in factor. It is complete in that the final detailed revision of the facts, as currently known, has been completed and all the keys appear to work effectively. This has involved five separate revisions, people using the keys and reporting back, and the insertion of new findings as they occur. The time has arrived where any future changes will only involve inserting descriptions for those insects that have not been seen so far - if they become available.

It has been in use in two universities, as well as two overseas countries, and draft copies were sent to a number of experts who contributed comments; so, in essence, it is complete and tested.

The book is as comprehensive as research has allowed and is in two volumes for ease of use. It is a comprehensive study of oak-galls in Britain; the first volume, ‘Introduction & Keys’, containing a long introductory chapter, which explains about galls and their inhabitants, how the book is set out and how to rear, examine and identify the inhabitants. Gall descriptions, keys to galls, gall maturity times, flight times, together with lists of insect inhabitants by gall, and the gall-hosts of the various inquilines and parasitoids, are included in this section.

Keys identify insect families; followed by detailed keys to causers, inquilines and parasitoids. Finally, a section provides keys to larval stages of the various hymenopteran genera. The keys contain, at the point where species key out, drawings relevant to the points of identification, a brief description of the sexes, a set of ratios and sizes, plus the months when they are likely to be found.

The second volume, Appendices, has complete descriptions of each of the insects, where known, including many comparative outline microscope photographs showing shapes. The appendices include much ancillary information, such as when the first of each species was reared, a summary of brief comparative facts and outline descriptions for all the insects, a glossary, and full bibliography.

The cost of the complete work is £44 collected, £50 UK delivered, and £55 overseas delivered.  It is available from Kyntons Mead, Heath House, Wedmore, Somerset BS28 4UQ.

British Hymenoptera, Glossary for use with identification keys, by Robin Williams.

This includes terms used for body parts in keys going from 1896 to the present day (some of which are still in use), as well as the more obscure adjectives used in descriptions. Of use to anyone interested in the whole field of Hymenoptera. 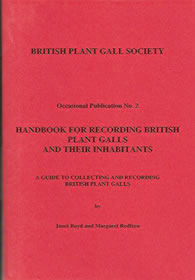 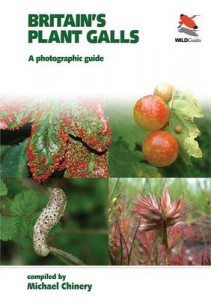 Over 200 detailed colour photographs of the commoner British galls.